This flooded karstic canyon, which has been declared “a special maritime reserve” and “an area of outstanding natural beauty”, is a testimony to the climatic changes and geological evolution of Istria. With its emerald green sea and varied vegetation this is one of the most beautiful fjords on the Adriatic coast.
How is it become? A few million years, during the miocene, there was flowing a river. The sea level was considerably lower (about 50 meters), a miocene rain the river had worked so strong that the water washed away the limestone continues to further deepen the riverbed. Sea level rise, the sea is literally drowning the river and miocene with its rains stopped and the rivers dried up. And this is the explanation of the origin Lim channels.

DEPARTURES: SMALL PIER, PARKING “VALDIBORA,” PIER “DELFIN”.
TRIP TO PROTECTED NATURAL CHANNEL, WHERE IS ONE OF THE LARGEST FISH AND SHELLFISH FARM, YOU CAN TASTE FIRST CLASS FISCH  AND SHELLFISH IN THE RESTAURANT AT THE END LIM CHANNEL IN BREAK OF 1 HOUR.
LIM FIORD IS ONE OF THE MOST BEAUTIFUL FIORDS IN THE ADRIATIC COAST. DEBT IS 11 KM, WHILE ITS DEPTH HIDES FARMS OF FIRST CLASS FISH AND SHELLFISH. ALONG THE FIORD ITSELF WILL FASCINATE YOU WITH RICH MEDITERRANEAN VEGETATION AMONG WHICH IT HIDES ARCHAEOLOGICAL SITES SUCH AS THE CAVE ST. ROMUALDO.

CHILDREN UNDER 5 YEARS FREE. THANKS AND WELCOME! 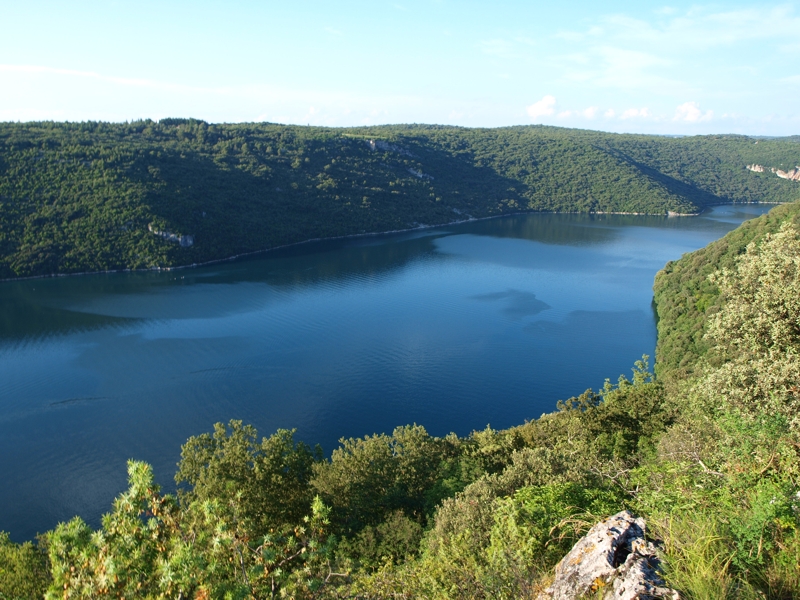 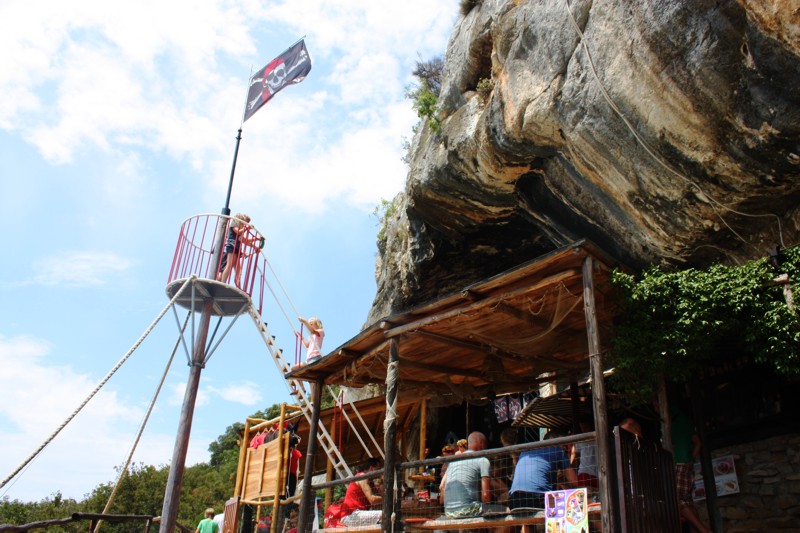 Pirate Cave
is one of several caves along the Lim and the largest of them. It can be accessed only by sea. The name comes from the pirates who were in hiding in her past. View that the caves had allowed the pirates good control over the bay and could easily have found a possible arrival of those who persecuted them. View of their allowing the monitoring of the arrival of a new prey for their attacks of robbers.

rtis, when Lim “starred” fjord, so it sought to commercially exploit until it collapsed Viking settlement that was built on top of Lim.

During our trip to Lim chanel we will visit the pirate cave for 20 minutes. With a gazebo in front of the cave provides a unique view of Lim. 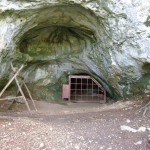 In the bottom of the Lim bay is the way that you can get to the cave Romualdo – Paleolithic cave sites and interesting buildings with richly decorated cave decorations. Entering the cave is 47 inches tall and the length of the cave is 105 m. The cave has several halls and the main hall reaches a height of 5 to 6 m special Romuald’s cave to the cave decorations are just to the left while the right side empty. The temperature in the cave throughout the year pleasant 14 ˚ – 17 ˚ C. In it lives a large colony of bats. Inside they found numerous bones of animals from the Pleistocene and the evidence that he lived in a cave man (Palaeolithic). To the cave climbs footpath of approximately 370 m, a rise is quite steep. The entrance to the cave was closed and the visit is possible only with a guide. Above the cave there is a church of Sv. Martin. 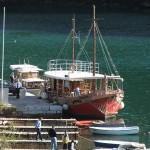 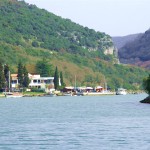 End of the lim chanel and the “karigaduri”

The end of Lim channel  has several „karigadura“. It once was a pier, built of stone.It was the place for loading on ships of people, goods, stone, wood, and already considering what (or who) loaded up“ karigadur“ led bysteep paths carved into the rock, which were merged with the nearby village, forest, quarry … The rocky  stairs leading up to the Monastery of St.. Michael, who has long since demolished. 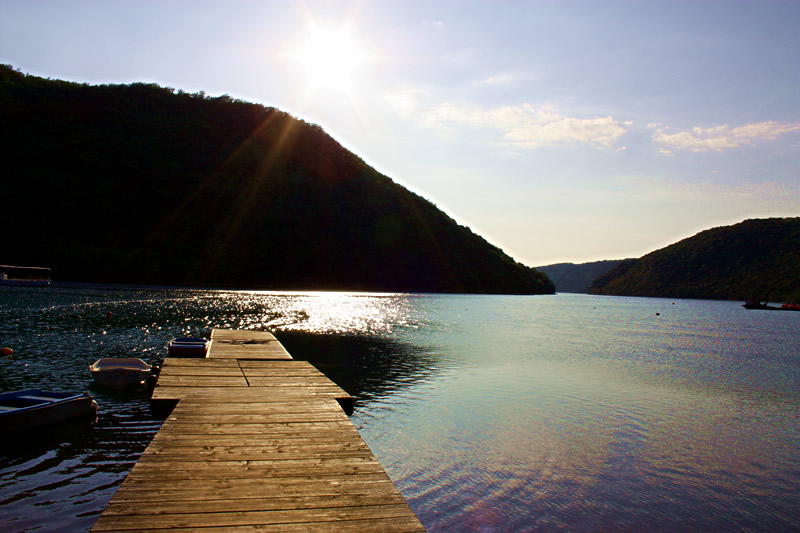 With these roads may come to the beautiful  viewpoint
Today, it is bred fish, and is especially known for the cultivation of mussels and oysters, at the end of the Lim channel, where also thelargest port, there are 2 restaurants where you can taste theirspecialties.